Congratulations! You’ve just typed FADE OUT on the first draft of your screenplay. You know there will be re-writing, re-working and the re-hashing of old ideas, but you’ve pushed that boulder to the top of the screenwriting hill and completed a draft, which is no easy accomplishment. You’ve now earned the right to close your computer and take a well-earned break… until your first read-through, and SURPRISE you just realized that 90% of your characters begin with the letter ‘T’.

Choose the name of the character you want to replace from the “Character to Replace” dropdown menu and type the new name into the Replace With field. Click OK. 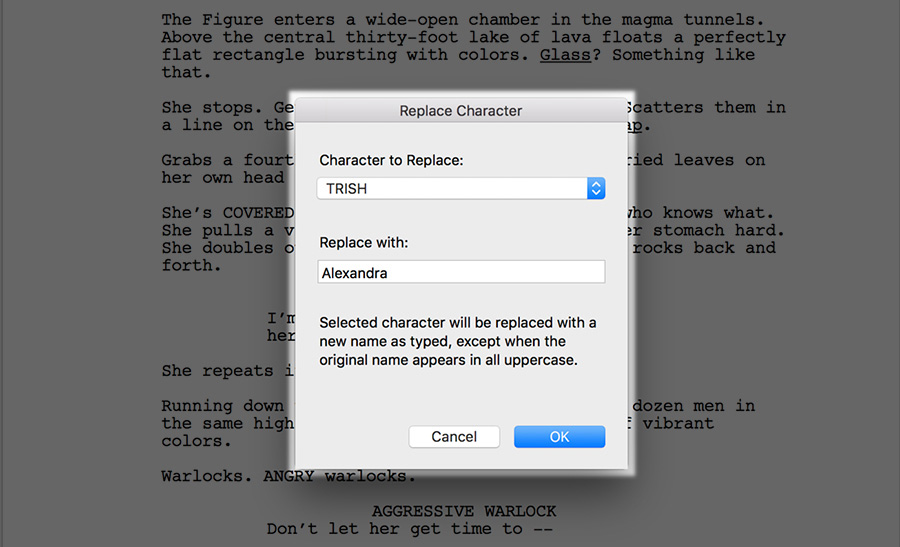 Once OK is clicked, the program will scan the entire document and change every instant of that name across all Elements (Action, Parentheticals, Scene Headings, etc.). The name will also be changed in the SmartType menu, Characters in the Navigator and reports as well. The name change possibilities are endless, so have fun and try out some new names!