Tech Tip: Deleting a Character from the SmartType Menu

The SmartType feature is a helpful function designed to streamline the screenwriting process by auto-completing certain elements of your script, including Characters, Character Extensions (VO or O.S.), Scene Intros (Int. or Ext.), Times and Transitions. When the cursor is positioned on a character, scene heading or transitions element, SmartType auto-completes the list while narrowing the choices as you type. 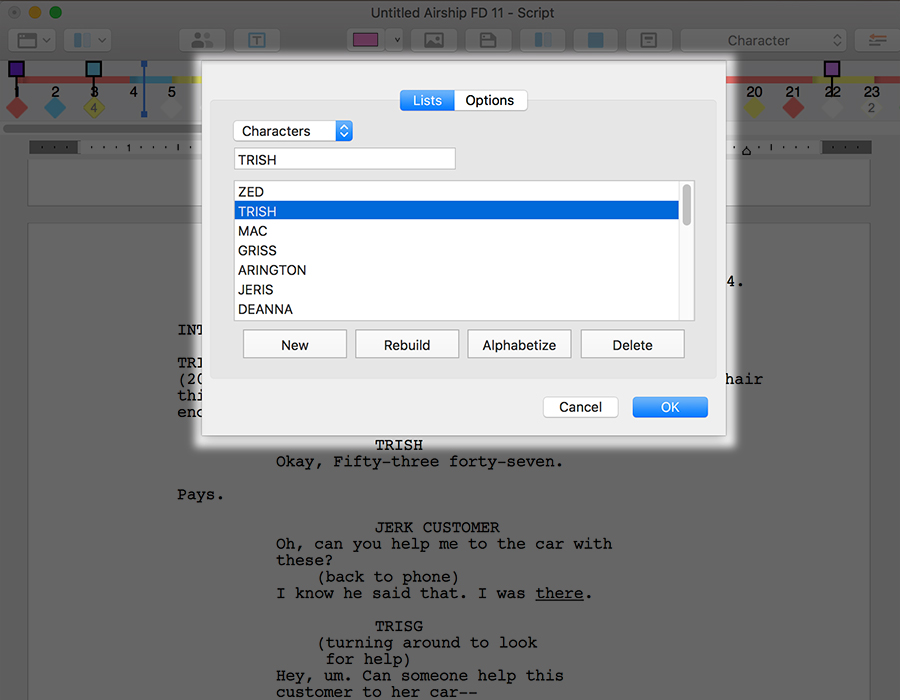 A common error that is easily fixed through the SmartType menu is duplicate entries. In this example, the writer has accidentally added the name “TRISG” to the Character SmartType list when the name “TRISH” was intended. The unwanted “TRISG” has replaced “TRISH” as the first “TR” SmartType choice, which impedes the writer’s workflow. Thus, “TRISG” needs to be removed. 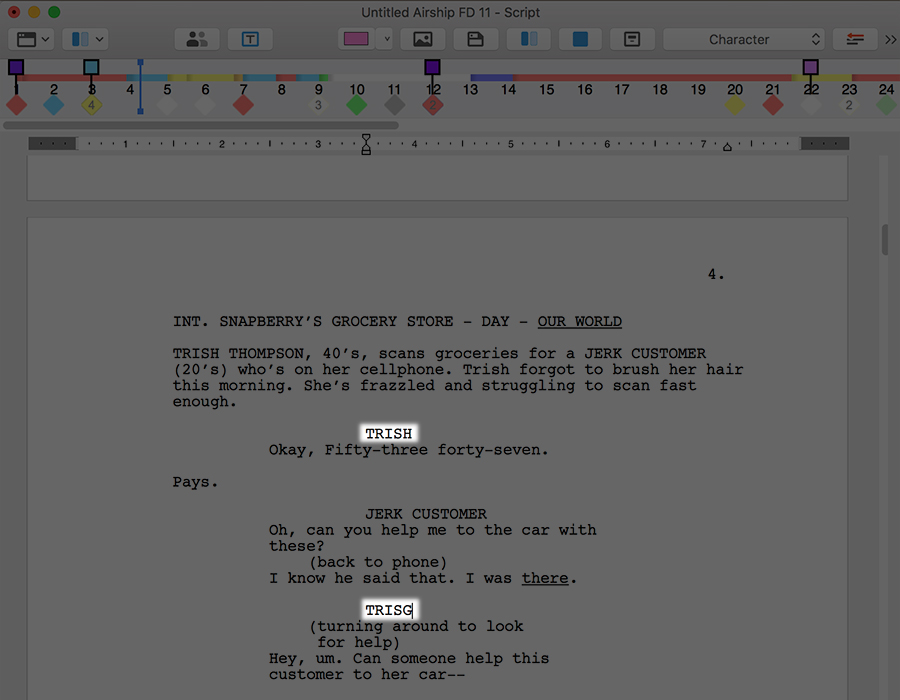 Go to Document > SmartType and select the unwanted SmartType item (TRISG) and click Delete. It will now be removed from the SmartType list. 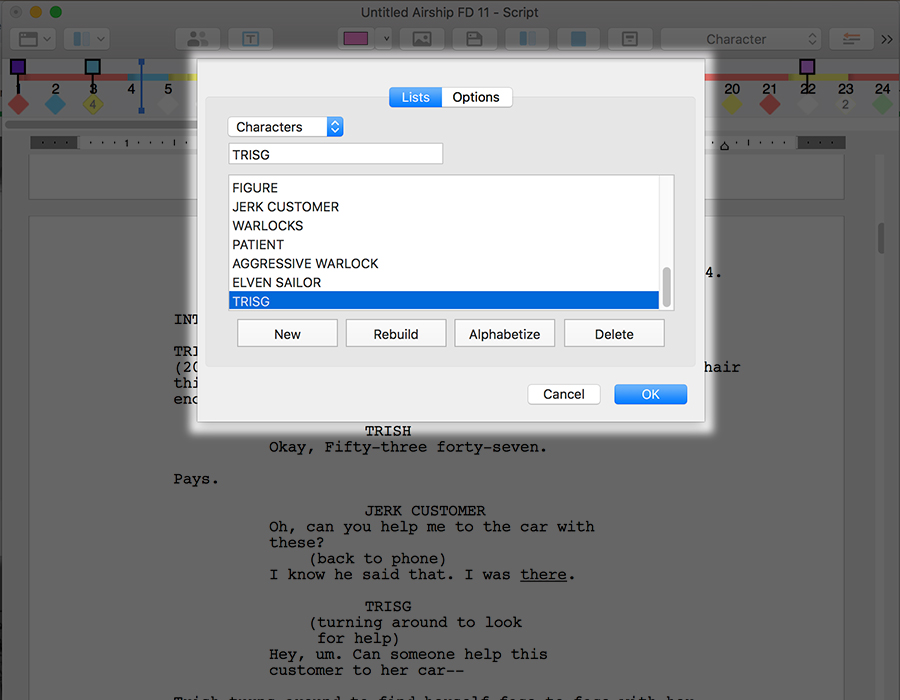