For many Elton John fans, it’s a well-known fact that when writing a song, the Rocketman and his writing partner Bernie Taupin would retreat to different locations around the world. Bernie would write the lyrics and Elton the music and then they would come together to complete the song. We’re not recommending you use Final Draft to write GRAMMY-award winning songs, but you can use the brand-new Collaboration feature in Final Draft 11 to write and edit Academy award-winning screenplays with your co-writer à la John-Taupin.

The Final Draft 11 Collaboration feature allows real-time Collaboration on a script for any number of co-writers, anywhere in the world. All you need is an internet connection and you can either Join or Host a Collaboration session. If the script you and your co-writers want to work on is already open, click OK to start the session, or, you can open an existing script or start a new one from the list of templates. 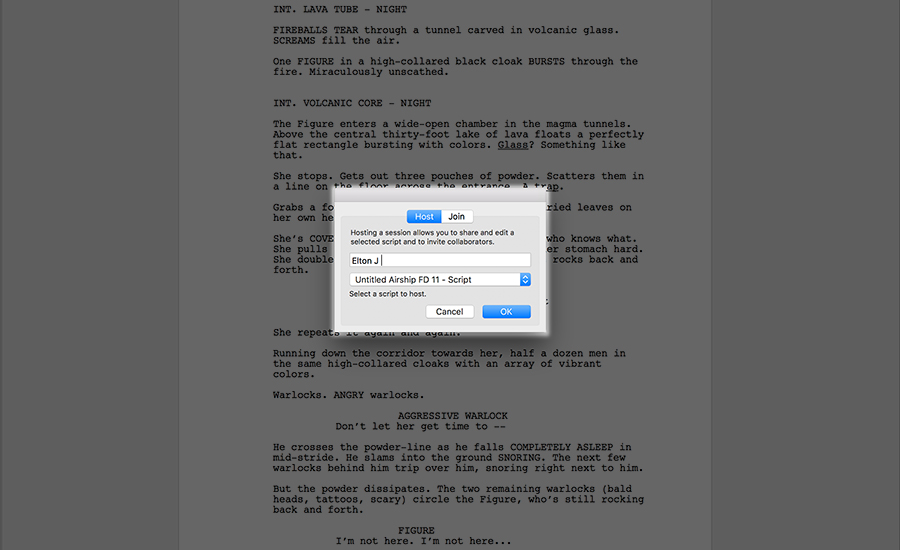 Much like Google docs, all writers in a session can edit the script concurrently. They can also write on different pages in the script at the same time. If you have a question or a note for your colleague during the writing session use the chat function. 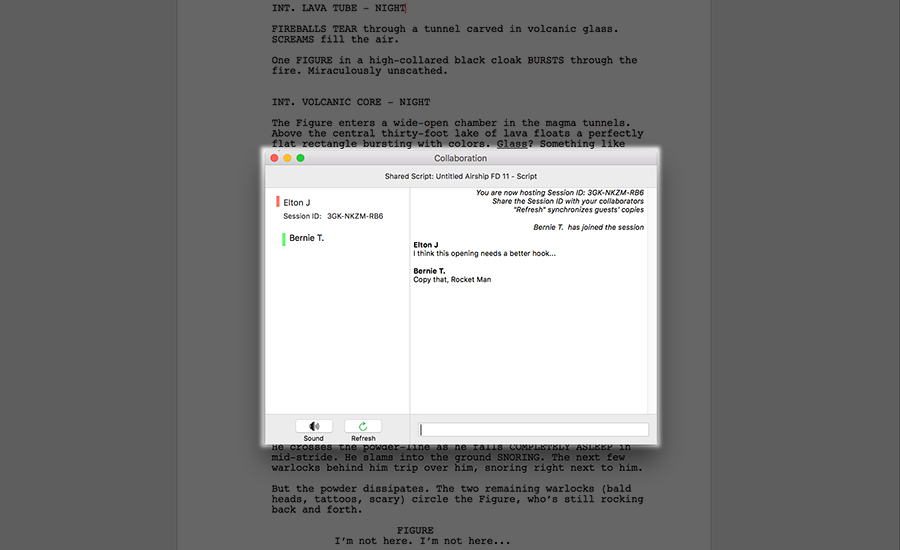 NOTE: If one or more the participants aren't seeing new edits the host can click refresh and the script will update on everyone's screen.

Luckily, for Bernie and Elton, the cloud didn’t exist when they were coming up, so fears of hackers and leaks were not yet a thing. But fear not! Final Draft’s Collaboration system doesn't store your content on a third-party server. When the collaboration session ends, everyone can save a copy of the file to their hard drive. Everyone’s respective computers are the only places where the work is saved; so don’t worry about hackers breaking into the cloud or third-party server to steal your masterpiece!