Tech Tips: Boneyard In the Beat Board

But as great scripts are written, so, too, are great scenes left for dead on the cutting-room floor. Think of all the countless scenes, alternate sequences, rewrite ideas and lines of dialogue in a script that have been relegated to some long forgotten file, an older version of the current one, or even the delete key. How many times has a scene been cut but never pasted and therefore lost in the ether of a non-existent clipboard? If you’ve ever worked on a script, the answer is easy: too many.

Here’s how to get the most out the Beat Board when writing your script:

First, change the script view to Split Screen by going to View > Split Vertically. Place your cursor in the newly created panel and go to View > Beat Board; your window should now display both the script and the Beat Board. 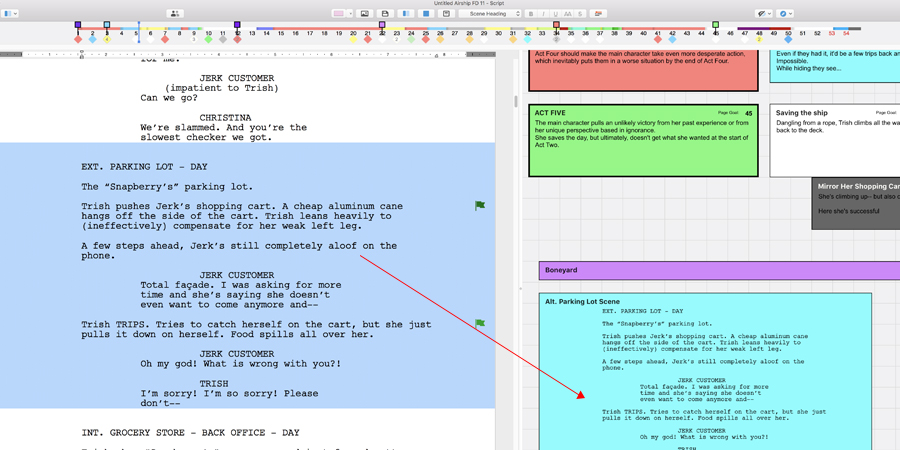 Have an idea of what point in the story that cut scene Beat should show up again? Drag the scene Beat to a point in the Story Map and hover over the Beat marker for quick reference. Ready to bring the scene back into the script? Simply drag it right from the Beat Board to any location in the script and voila! The formatted scene is back in place.