Connectivity in Storytelling and Flow Lines

When you watch a movie or TV show, you’ll notice that within the larger story there are various subplots.

Oftentimes in television there are A stories and B stories: one group of characters is dealing with a certain situation while another group of characters is dealing with another situation. In the comedy series It’s Always Sunny in Philadelphia, the main characters (a.k.a. “The Gang”) often draw attention to this convention. During the cold opening one of the characters will essentially say, “You guys deal with that thing while we deal with this thing.” Even a television drama like Better Call Saul broke up the narrative into an A story (often involving Jimmy McGill and his legal career) and a B story (often involving Mike Ehrmantraut and the drug cartel). Some series, like Succession, follow multiple characters and subplots, creating a narrative meshwork of competing interests and goals (usually coming to a head in the season finale).

Though the formula is not always as pronounced in a feature film as in many television series, the narrative is likewise often broken up into different subplots. For example, in The Empire Strikes Back, there are three subplots that are tracked throughout the film: 1.) Luke Skywalker’s quest to become a Jedi Knight. 2.) Darth Vader’s quest to find Luke Skywalker. 3.) Han Solo and Princess Leia’s adventure and love story. The film introduces these three plot threads in the first five minutes and intercuts between them for the majority of the film, until they come to a head in Cloud City and in the third act. In a film like Back to the Future, Marty McFly’s two goals are divided into two subplots: 1.) Doc Brown helping him get back to his own time period and 2.) Marty trying to get his parents to reconnect so he doesn’t cease to exist. With this kind of storytelling, it’s important to be aware of the connectivity between certain plot threads and character goals.

Running parallel to subplots are emotional throughlines in which the character’s inner desires are tracked in the story. For example, in Rocky, Rocky Balboa wants to prove that he’s not “just another bum in the neighborhood.” This throughline crests to the surface periodically in the film and adds an undercurrent of emotional depth to the main plot: an underdog boxer gets an unlikely shot at the world heavyweight championship. When Rocky is called “a bum” by Mickey and it cuts him down to his soul, it’s connected to a later scene in which Rocky talks to Adrian about what he hopes to prove by “going the distance” with Apollo Creed. If you’re thinking about a character’s main goal, it’s likely you’re also thinking of their emotional throughline. It’s essentially the gasoline fueling the engine of your story. It’s what makes Rocky train so hard and go the distance.

Sometimes movies and television series have recurring themes and motifs. These are story elements that aren’t as concrete as a subplot, but they’re still an important part of storytelling that can help add further depth and nuance. For example, in Breaking Bad, there was a recurring motif of Walter White turning allies into enemies throughout the series; after a while it became the character’s defining pathology, and the audience’s awareness of this motif increased the tension as the pattern reappeared again and again. A theme is broader than a motif and usually works on a more symbolic or allegorical level. For example, in every Batman film in which the Caped Crusader’s antagonist is The Joker, a theme of order versus anarchy is always present: Batman is continually trying to bring order to Gotham City as the Joker is continually trying to unravel it into chaos and mayhem.

Whether it’s for a feature screenplay or a television episode, developing a story with various subplots, through lines, themes and motifs can sometimes be overwhelming. This is why before going to script, many writers create a beat board — usually with sticky notes or index cards — and do their best to map out all of the story beats. Sometimes writers will use specific-colored notes or cards to designate different acts or even connected subplots and motifs. For example, they might use the color yellow for all the beats connected to one subplot and use the color blue for another subplot; this way they can easily identify which beat belongs to which subplot.

These days many writers prefer to have a beat board on their computer and within the same program they use to write their script. In addition to offering industry standard formatting for feature and TV scripts, Final Draft also has various outlining tools that can help you construct and piece together your story at the earliest stages. One of the most important tools is the Beat Board. The Beat Board is used to plan scenes, sequences, plot, act structure, or character goals for a screenplay, TV pilot or even a proposed series. It’s a virtual version of a writer’s beat board within the program, and its contents can be easily integrated into your script at any stage of the writing process. You can create and move around different beats within the Beat Board — similar to sticky notes and index cards — and you can likewise select certain colors for certain beats, helping you to connect subplots and motifs.

Within the Beat Board, you can also connect beats with Flow Lines to show the relationship between ideas. These connected beats can include subplots, throughlines, themes and any other details the writer might find useful. Connecting beats starts with selecting all the relative beats you want to connect. Next, right-click or Control-click to open the beat context menu and choose “connect.” You can also connect beats by dragging one beat on top of another beat until the bottom beat dims and then letting go. You can disconnect beats the same way: simply drag one connected beat above another connected beat until it dims to disconnect them. You can also select the beats to be disconnected by right-clicking or Control-clicking to open the context menu, and choose “disconnect.” 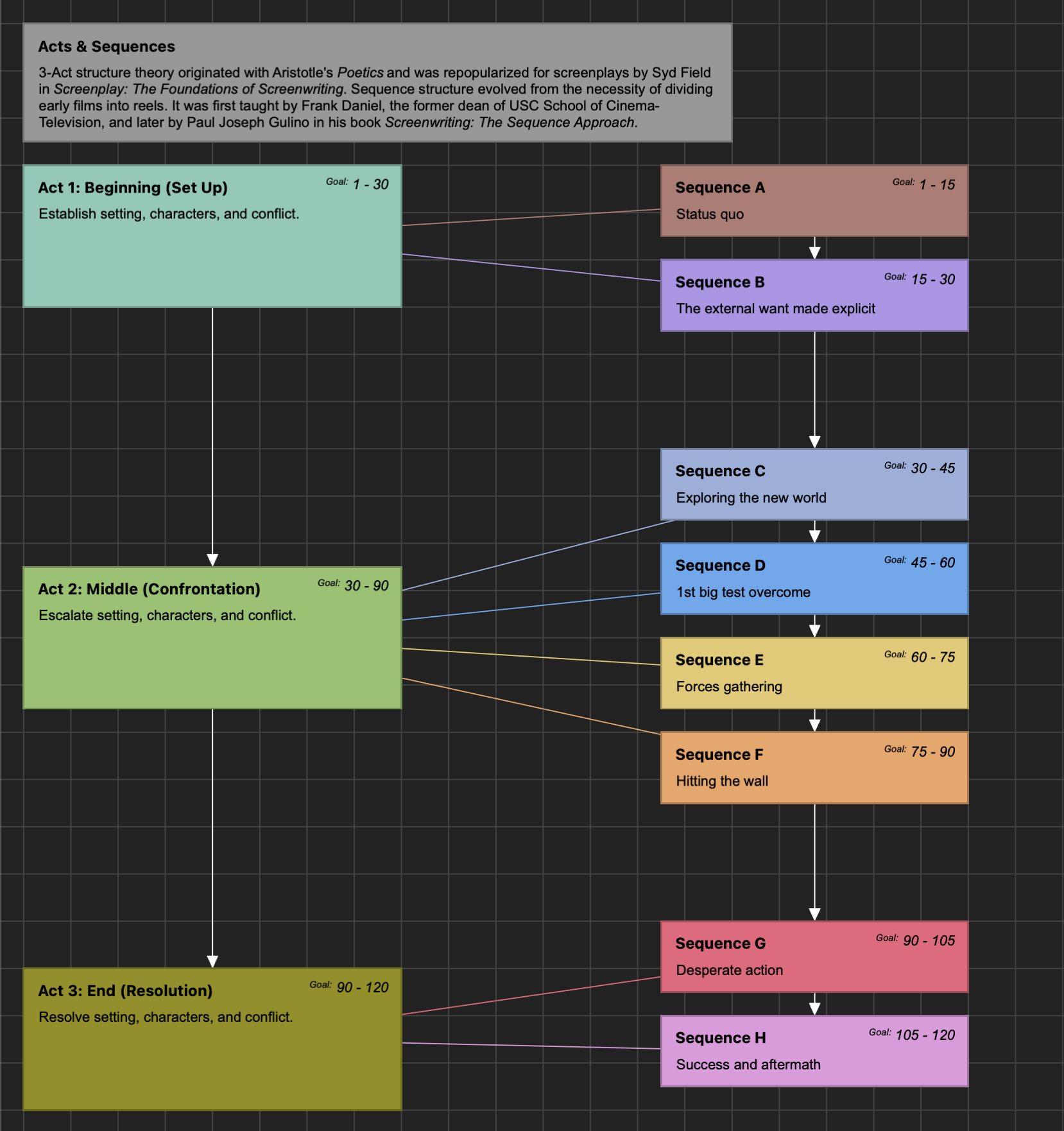 If you want to export the Beat Board to PDF, the flow lines will be included in the PDF. This way you can you have the best of both worlds: have your story mapped out within the program and any other place you want it as a visual reference.

By using Final Draft’s Beat Board and Flow Lines, it’s never been easier to construct a story with various subplots, throughlines, themes and motifs. The tools are there to help you connect everything, one idea at a time, one beat at a time.