When the year 2067 rolls around, the Earth’s population is all but gone. As plants died world-wide, oxygen levels plummeted, leading to suffocation and death for most of the planet’s inhabitants. One small holdout metropolis survives in Australia, living on borrowed time, breathing synthetic oxygen that’s slowly killing everyone due to an illness without a cure. Their only chance for survive is a total long shot: What if they can learn from their surviving descendants in the future... Assuming there even are any?

When they receive a message from 407 years in the future to “send Ethan Whyte,” they know there’s someone there. Somehow, humanity has survived. They quickly persuade Ethan (Kodi Smit-McPhee), a lowly tunnel worker, to hightail it to the future and figure out how to save the Earth’s remaining populace. It feels familiar, yet isn't...a good sign the screenwriters have done something right. 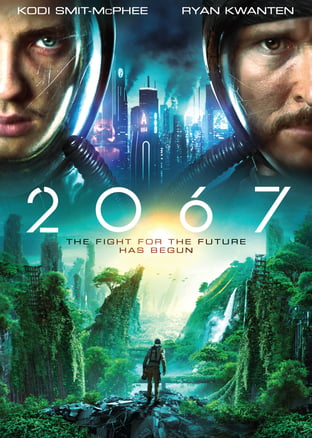 Here are five screenwriting takeaways from 2067 to draw on as you craft your own sci-fi scripts.

1. A compelling “what if” premise

2067 demonstrates the power of a compelling “what if?” premise that quickly draws you into the story. What if there was no oxygen left to breathe? What would humanity do? How would we survive? What would it be like if all the plants on earth died out? Could we ever recover?

“What if” questions are a fabulous launching place for sci-fi scripts, and for sci-fi writers seeking story concepts. The genre naturally lends itself to contemplating possibilities and future scenarios. Perhaps more importantly, posing an engaging “what if” question at the start of a script will keep viewers curious and involved, and therefore more willing to suspend disbelief and watch through to the end.

Ask a powerful question at the beginning of your story to design your world and intrigue your viewers.

2. A hook that keeps your audience wondering

Once you’re intrigued by the “what if” posed at the start of the story, 2067 quickly hooks you with an even sharper question.

As an ordinary guy with a painful backstory — a dad who abandoned him and a mother who’s passed away — Ethan is a nobody living in a dark and difficult world. He’s just one of the workers who makes sure the old power systems supporting the last functioning city in the world keep going. Important, sure, but there are plenty of others who could do the work and are vying for any and all paid jobs in this hopeless and hungry world, and to pay for better oxygen if they can. 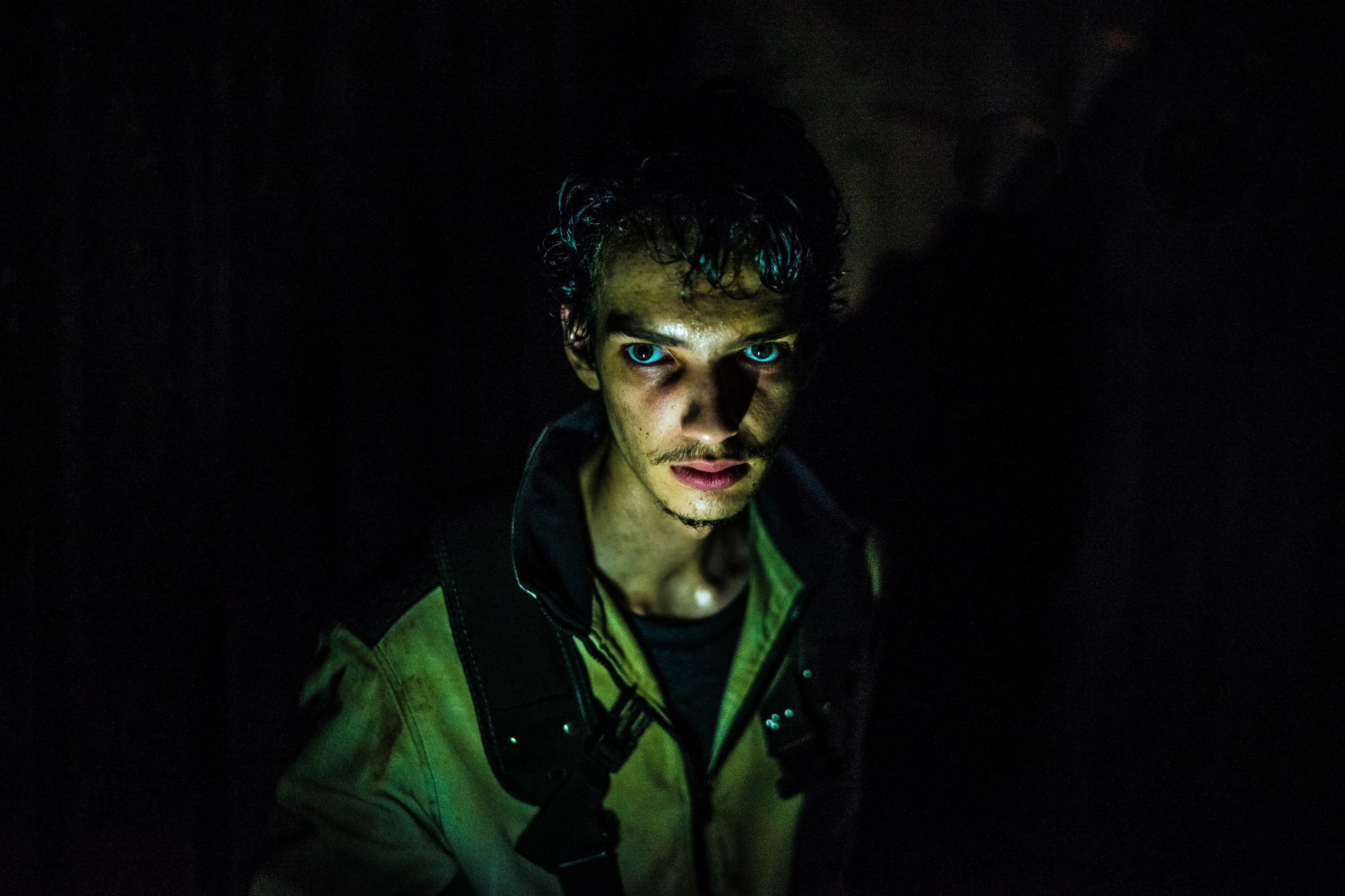 Again, just like the compelling premise, a clever hook will keep a viewer engaged and wondering, even willing to overlook other story flaws to find out what happens.

Use a strong hook to keep your audience watching all the way through.

3. Global and personal stakes tied together

2067 ties together the global and personal stakes of the story. Not only does Ethan need to find a cure for The Sickness caused by the synthetic oxygen for the sake of all humanity, he specifically needs it to save his beloved wife, Xanthe (Sana'a Shaik), from dying.

This makes the story personal, and gives Ethan a reason to overcome the “Who, me? Why me?” questions he naturally asks along with the audience. Xanthe’s illness gives him a reason to move from just reluctant to reluctant hero, willing to take the risk. He’s also given a nudge by his guardian/BFF and fellow tunnel worker, Jude (Ryan Kwanten).

There’s nothing like saving the world and saving the people you love at the same time. Make it personal to make it count and raise the stakes for your protagonist.

In every good time travel movie there’s usually a moment when the time travel logic is explained. It doesn’t have to be fancy, but to bring your audience along, you’ll want to give an explanation for how time travel works in this world.

There are many variations when it comes to time travel, but a key one is whether or not you can change the future when you alter the past. Does knowledge of the future allow you to change it in the past or does the future persist without effect, such as in Time Lapse (2014)? Can we restore a timeline, like in Back to the Future (1985)? Can the future be altered for the better, as in Déjà Vu (2006)? Or will we end up facing various horrible and unforeseen outcomes due to changes in the past, such as we see in The Butterfly Effect (2004)?

Without spoiling the type of time travel this story relies on, 2067 provides a simple explanation for how it all works through dialogue. Much like the brief illustration used in Déjà Vu to explain that story’s time travel, Ethan provides a quick explanation without being overly expository, and he connects the dots well enough for any viewers who might still be wondering how everything fits together.

With time travel, remember to bring your audience along with you.

5. An inevitable but surprising and satisfying conclusion

At the close of the film we’re rewarded with a satisfying and yet inevitable conclusion. There’s enough of an unexpected twist in the way Ethan resolves the conflicts he’s faced through the course of the story to be surprising and interesting. We also see his personal arc resolved in terms of getting the answers he’s seeking about his own backstory, and he makes a sacrifice worthy of any hero.

In the end, our ordinary tunnel worker finds a way to be of service to humanity in an extraordinary world.

Make sure your ending feels like a natural, logical outcome of the story you’ve told that feels satisfying, while still surprising your audience.

Jenna Avery is a screenwriter who specializes in sci-fi action and space fantasy, and her most recent project is a post-apocalyptic coming-of-age story for a Canadian producer-director. Jenna is also a writing coach and the founder of Called to Write, where she has helped hundreds of writers overcome procrastination, perfectionism, and resistance so they can get their writing onto the page and into the world where it belongs. Jenna writes about writing and fulfilling your creative calling at calledtowrite.com, writes for ScriptMag and Final Draft, and teaches at Script University. Download Jenna’s free guidebooks for writers, including “How to Choose Your Next Book (or Script!)” when you join her mailing list at https://www.calledtowrite.com/mailing-list