Speech to Script in Final Draft 11: it’s the personal assistant / writing partner / transcriber you’ve always wanted, but never had (or could afford). Taking advantage of Mac’s built-in dictation feature, Speech to Script offers an alternative for writers looking to take a break from the keyboard and dictate their script in an easy and efficient way.

Speech to Script is helpful because you can use speech commands such as Thanos says "the end is near" and Final Draft will insert the Character and Dialogue Elements into the script with the proper formatting. You can dictate Tony Stark’s reply in the same manner and the program will also format that, offering a way for you to hear your dialogue before it even gets on the page.

Here’s a short checklist of things to make sure of before using Speech to Script in Final Draft 11: 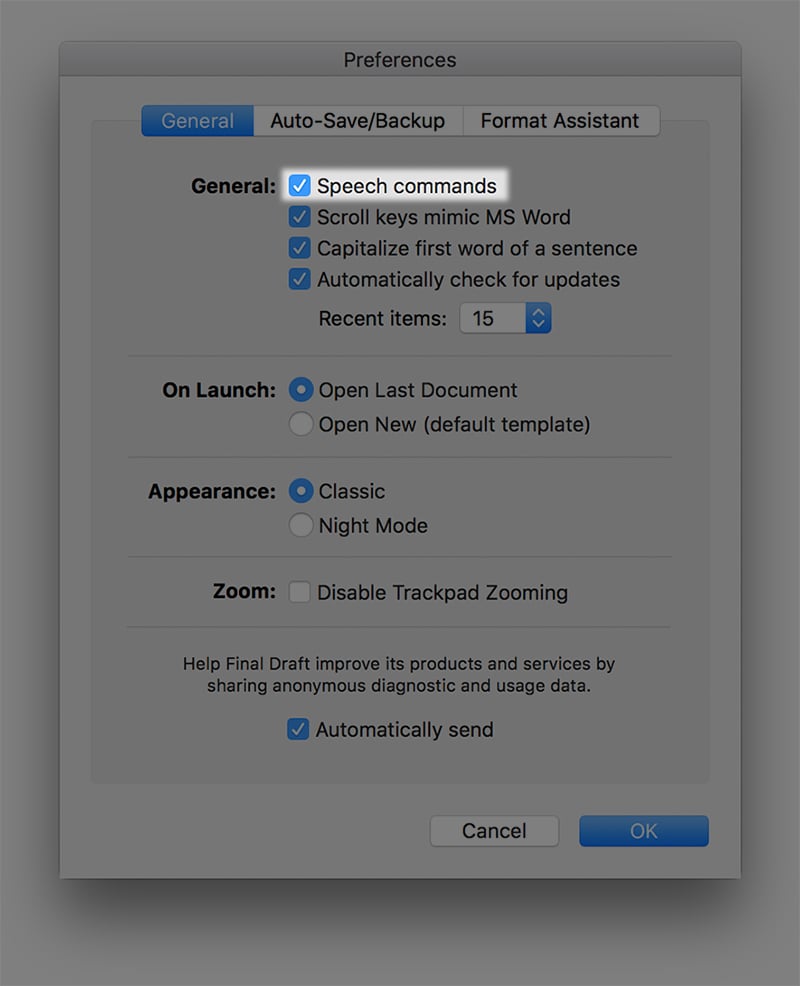 Note: If you plan on using Speech to Script often, it may be worth investing in an external microphone.

Speech to Script can be turned on in Final Draft by hitting the microphone icon in the status bar in the bottom right-hand corner of the document window, or by going to Edit > Start Dictation. The default hot key for dictation is double-tapping fn (function) on the keyboard, but this can be changed or customized to your personal workflow.

To change or customize the keyboard shortcut, go to System Preferences > Keyboard > Dictation > Shortcut. The new shortcut will also appear in the Edit menu of Final Draft. 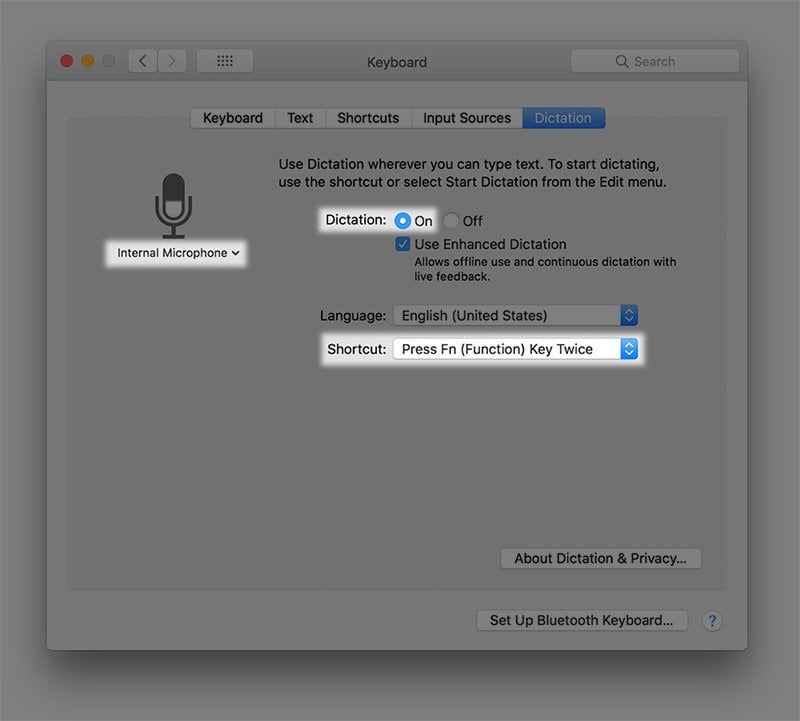 Once dictation is fully optimized it’s ready to transcribe. Here are some helpful tips to remember along the way:

Use this checklist and tip-sheet for a quick and easy reference when using Speech to Script, but for getting the most out of the feature, reference the helpful tutorial video HERE.