Tech Tip: Breakdown your Script with the Story Map and Beat Board

Ah, the corkboard. The writer’s roadmap; a finite space for infinite ideas that will eventually become a blueprint for a script. For many writers (and writers’ rooms) the corkboard is an essential tool used for script-breakdown, note taking and more. Take a look at the Breaking Bad Season 4 premiere corkboard complete with a comprehensive breakdown of every act beat from start to finish. 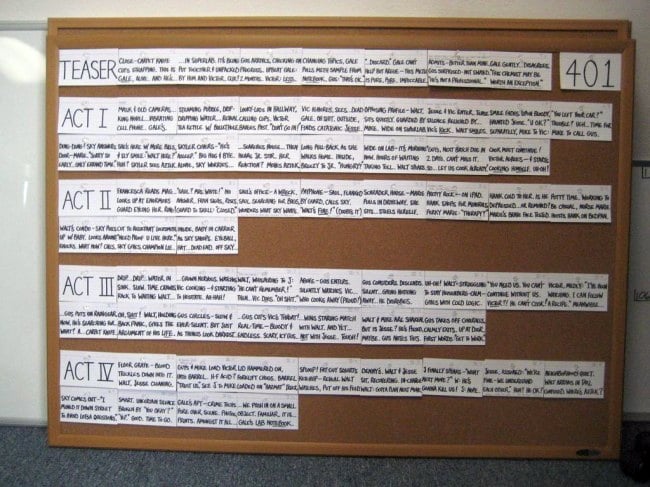 It’s glorious. The only problem? The corkboard is stationary, and while we’d have nothing but the utmost respect for the tenacious writer who will one day venture to bring his corkboard with them to a Starbucks, for legal reasons, we can’t endorse such methods. Instead, we’ve built a workaround: The Beat Board™. Then, we took it a step further and developed the Story Map™ to work harmoniously with the Beat Board. 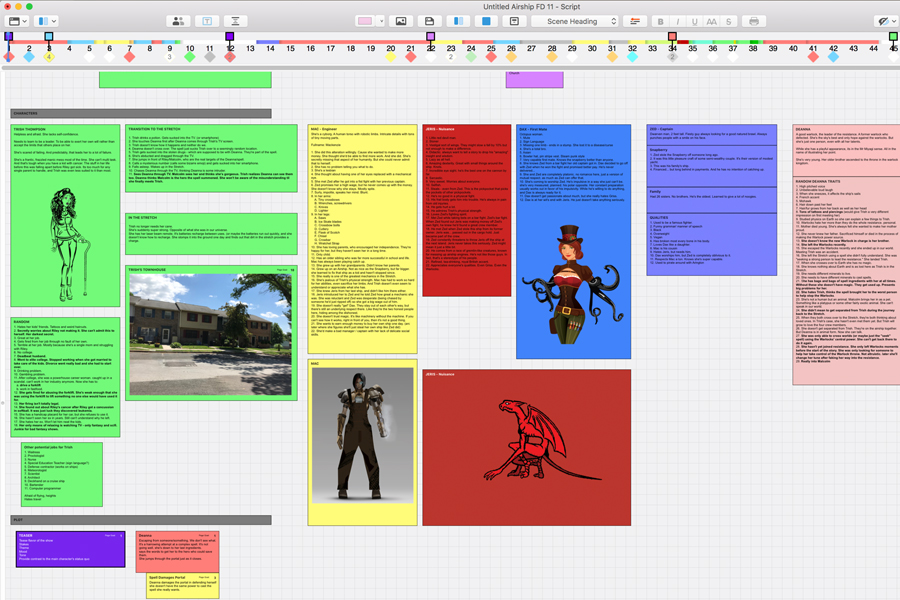 Moving from top to bottom, let’s start with the Story Map™, which is designed to give you a high-level view of your story and its most important plot points (or beats). You can change the target length of your script by right-clicking in the Story Map™ and going to “change target script length”.  In Airship, our target length is 52, BUT the actual page count of Airship is 54 pages. If you scroll to the end of the Story Map™, you’ll note that the last two page markers are highlighted in red to denote that we’ve exceeded our target length, but we’ll focus on that during a rewrite.

Much like a writers’ room story breakdown, Airship has each act laid out beat by beat. Starting with the structure points and their respective page goals (noted in the upper right-hand corner of the beat) and ending with every important story beat that needs to occur. Repeat this process for each structure point and beat and you’ll have easy access to the important moments in your story, act by act. 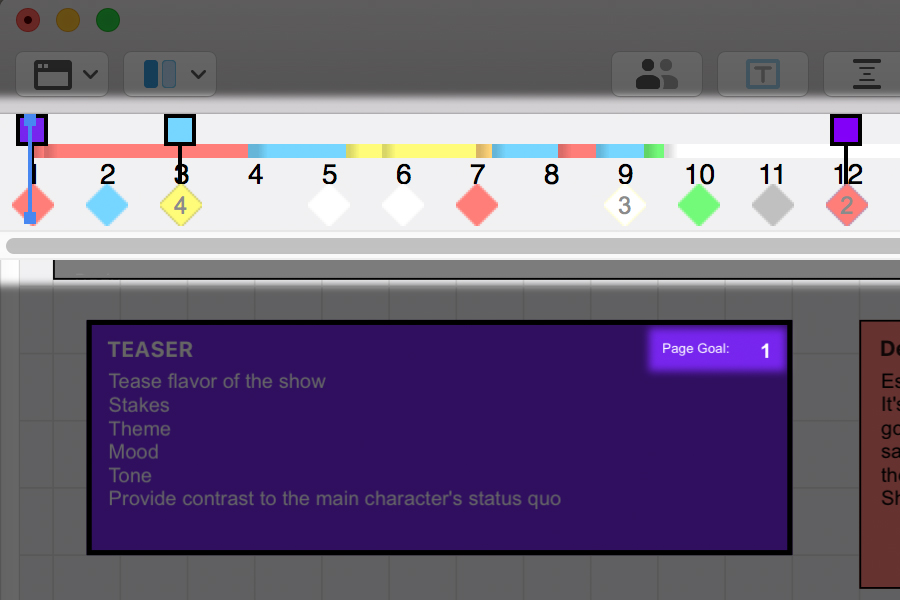 NOTE: Beats and structure points can be color coded, and multiple beats can be assigned to a specific page number.

So, throw that old cork-board out because your story breakdown just became portable.